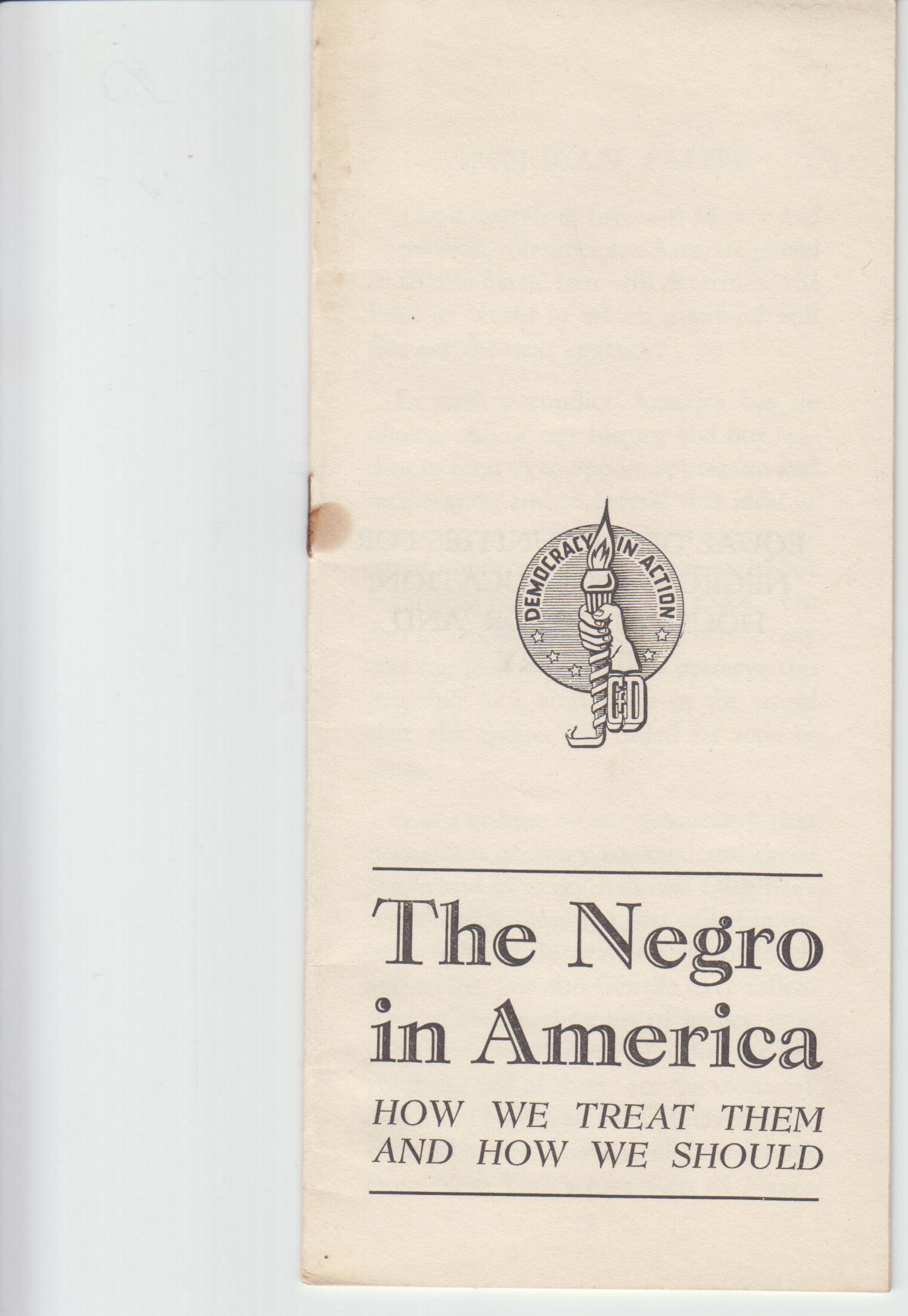 The Negro In America. How We Treat Them and How We Should

Wraps, near fine with small spot near spine, with the bottom of the rear wrap having the rubber stamp of the Chicago Council Against Racial & Religious Discrimination. According to Spartacus-Educational, the Council for Democracy was founded in 1940 with Robert Gram Swing as Chairman, to combat the isolationist Charles Lindbergh and the America First Committee. At one point, they were able to place "anti-Hitler editorials and articles in eleven hundred newspapers a week around the country." The Chicago Council Against Racial & Religious Discrimination (1953-1954) was related to the Chicago Urban League and the Trumbull Park Homes Committee on the Far South Side of Chicago. ; 8vo 8" - 9" tall; 22 pp

Title: The Negro In America. How We Treat Them and How We Should

It's Not Over In The South. School Desegregation In Forty-three...

The Negro In America. How We Treat Them and How We Should